This DJ Payola App Will Get Your Music Played In Clubs 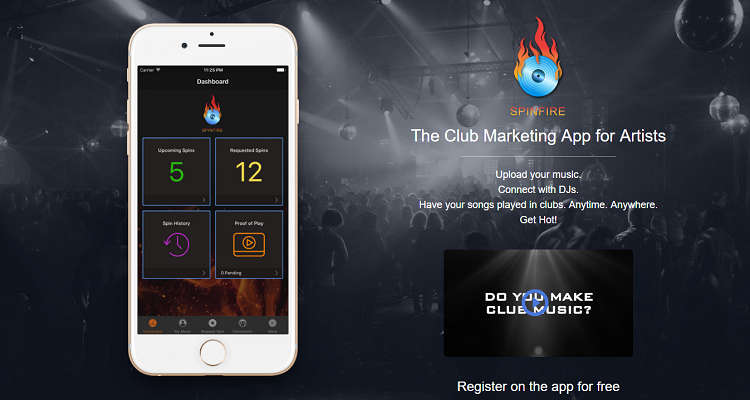 The Spinfire mobile app seems like a surefire way to engage in a payola scheme at the club scene.

Want to have popular DJs play your music at local clubs?  Look no further than Spinfire, an easy way to engage in a pay-for-play scheme across the United States.

The Spinfire app, available for Android and iOS platforms, enables musicians and artists to connect with club DJs.  Using the app, artists can upload their tracks and quickly access hundreds of DJs willing to play their music at a cost.  Developers promise that club DJs will play tracks “at the hottest clubs and social events in the country.”

In a press release, the company stated,

“With this app, novices in the game have the same opportunity as seasoned veterans to get their music heard and gain the recognition they desire.”

To get access to hundreds of club DJs, aspiring musicians will first have to purchase “spins on demand.”  Of course, you can download the app for free.  Soon enough, however, Spinfire will have you engaging in a payola scheme.  After choosing your DJ, you’ll have to pay between $20 to $500 per play.

So, is Spinfire’s payola scheme only limited to aspiring artists?  Of course not.  In just a few taps, up-and-coming DJs can get started earning their own cash.  After registering through the app, DJs will have to upload videos showing artists their paid spin.  The developers state that DJs can sell up to 10 spins per hour.

In a statement over the pay-for-play scheme, CEO Chris Morgan said,

“Our platform fills a major void in the music industry because we give the independent, aspiring artist a direct and proactive way to market music in clubs.”

Developers launched the app last June.  The company hopes to launch globally this October.  That means that musicians and DJs from all around the world can soon engage in a global payola scheme.